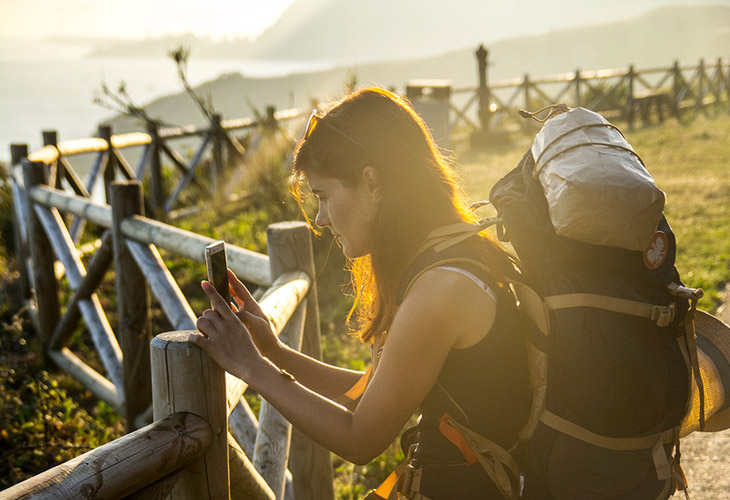 In case you hadn’t noticed, doing the Camino de Santiago is a very practical way to get to know some of the most beautiful cities in Spain at your own pace.

If you need one last push to encourage you to do this experience, here we bring you a list of the most important towns through which the Camino passes, depending on the one you choose.

The most popular of the Caminos passes through very important towns in the Spanish geography: Logroño, Burgos or Astorga are some of them, as well as Pamplona and León. 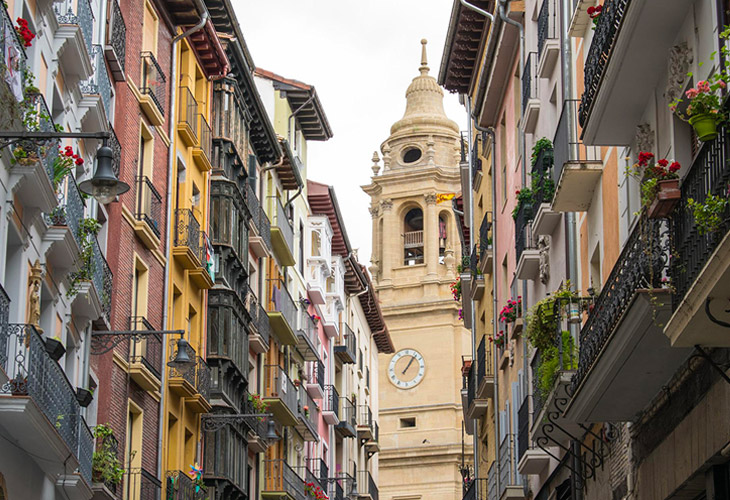 In the capital of Navarra there is something more than just bulls. Walking through its old town you will find many monuments and points of interest, such as the Santo Domingo Market or the Cathedral of Santa María la Real.

Do not leave without trying the various pintxos that you will find in the local establishments, as well as the typical wines or some fresh beers. The best streets for this are Calle Estafeta and Calle San Nicolás. 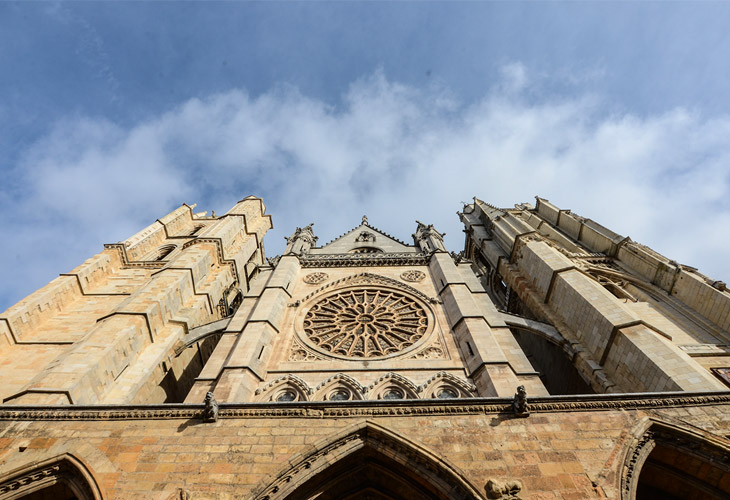 From its Gothic cathedral, through the Renaissance convent of San Marcos, to the Romanesque basilica of San Isidoro: Leon has architectural examples worthy of admiration. You can easily visit them walking through the city center while you prepare for the next stage of the Camino de Santiago.

And of course, its gastronomy is another element to highlight. In the Barrio Húmedo of the old quarter of this city you will find the best atmosphere to go for pinchos. Try the morcilla (black pudding), the chorizo or the trout to regain strength for the next day, as the extensive Castilian fields await you to Astorga.

Nothing better than the Camino del Norte to enjoy the gastronomy of this part of the peninsula. Pintxos, wine and the best views of the Cantabrian Coast are the three things we like the most about this Jacobean route.

We highlight Donosti and Bilbao, two of the most important cities in the country that you can get to know if you follow this path from its origin. 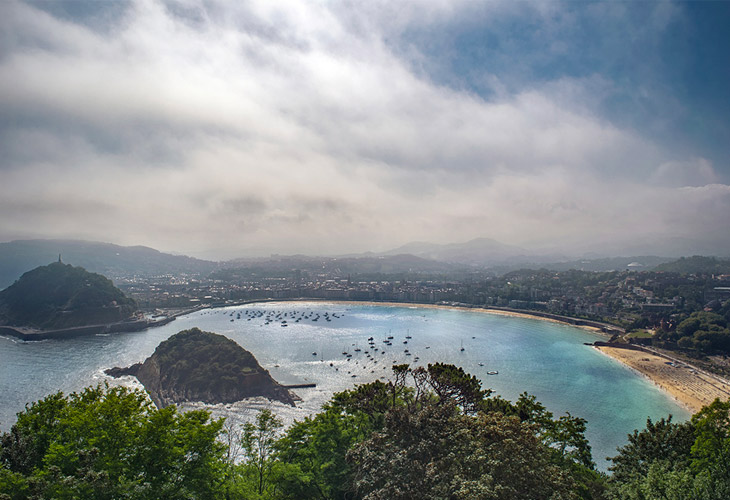 In San Sebastian, the crown jewel is La Concha beach and its promenade. But you can also see this part of the coast from another perspective: more specifically, the one you will get from the gardens of the Miramar Palace, located on a beautiful green mound.

Restaurants with a Michelin star and a wide variety of pintxos such as anchovies or the typical gildas of the area complete the San Sebastian experience that awaits you in its urban area if you opt for the Camino del Norte. 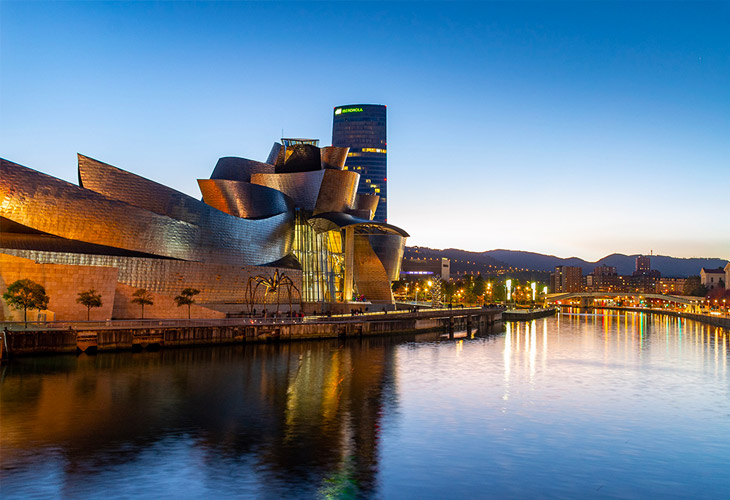 Bilbao is another of the most beautiful cities in the north of the peninsula. The Guggenheim museum stands out on the banks of the estuary, impressive both inside and out due to its metal facade made of titanium scales. If you continue along the Bilbao estuary, you will come across the Mercado de la Ribera: its more than 10,000 square meters make it the largest covered market in Europe.

Don’t forget either its old town full of small shops and bars, where you can drink a fresh txakoli or a marianito, while you try the txangurro or txistorra and other typical pintxos.

As sunset approaches, hop on the funicular and soar up Mount Artxanda to enjoy the views of the city and its surroundings.

The Via de la Plata is one of the hardest alternatives but also the one that allows you to discover Spain from south to north, from the Andalusian capital to the Galician one.

Enjoy all the charms of Seville, the city of departure, before passing through Mérida, Cáceres or even Salamanca. 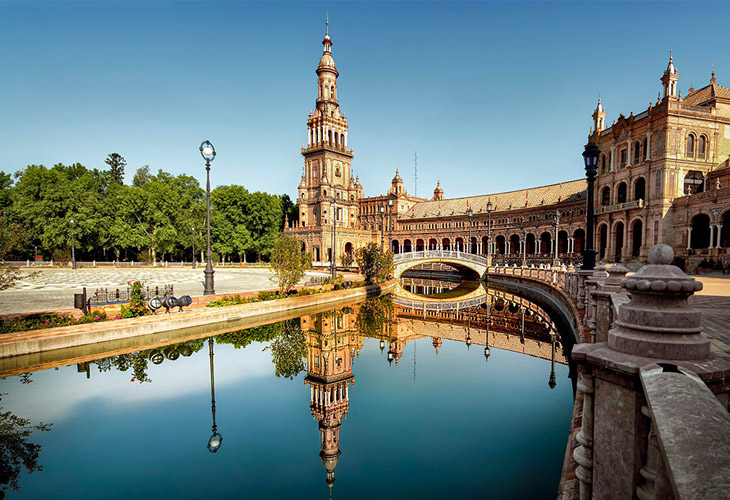 The Via de la Plata begins in Seville, so our recommendation is to reserve one or two days before starting the journey, so you can easily explore the Andalusian capital.

In this way you can visit the Real Alcázar or the Cathedral and even climb the Giralda, its famous bell tower. You may even have time to see the Plaza de España or walk the alleys of the Barrio de Santa Cruz.

To admire the Sevillian baroque, perhaps it is enough to go inside the Church of the Caridad or San Luis de los Franceses and contemplate its altarpieces and paintings. Also the Church of Santa María la Blanca (or Santa María de las Nieves), known as the “temple of the 3 religions” for having been a mosque, then a synagogue, and finally a Christian church. 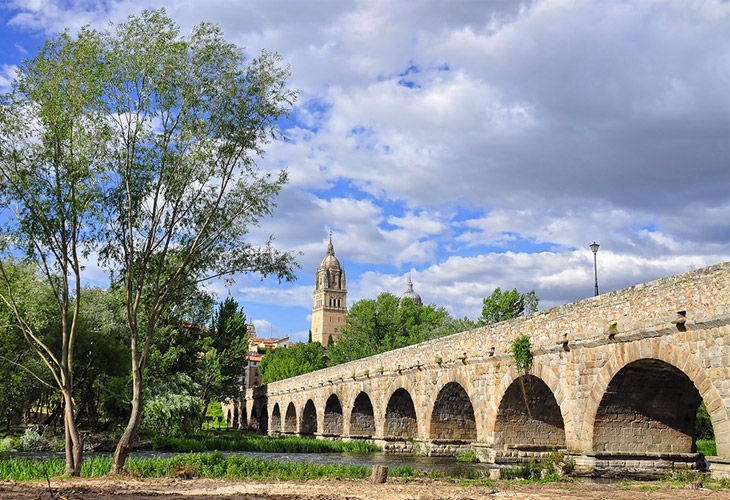 Going up the Via de la Plata and already in the north of the peninsula, you will be lucky enough to walk through the university city par excellence: Salamanca. And considering that you will have a lot to see here and that the next stage that awaits you is quite long, you may even consider taking a day off.

Continuing with the Sevillian baroque, here you will have a good example of this style in the Plaza Mayor, a must-see place that is surrounded by important buildings such as the town hall itself, and in which the pavilions and their 88 semi-circular arches stand out.

Finally, you will have up to two cathedrals to visit in this city: the New Cathedral and the Old Cathedral.

Whichever way you choose, at the end, the city of Santiago de Compostela will be waiting for you. In addition to your main goal, the Cathedral, here you will find many things to see and do as a reward for the effort of so many days.

If you need more information, remember that we can answer your questions and help you complete the Camino de Santiago. Do not hesitate to contact us!