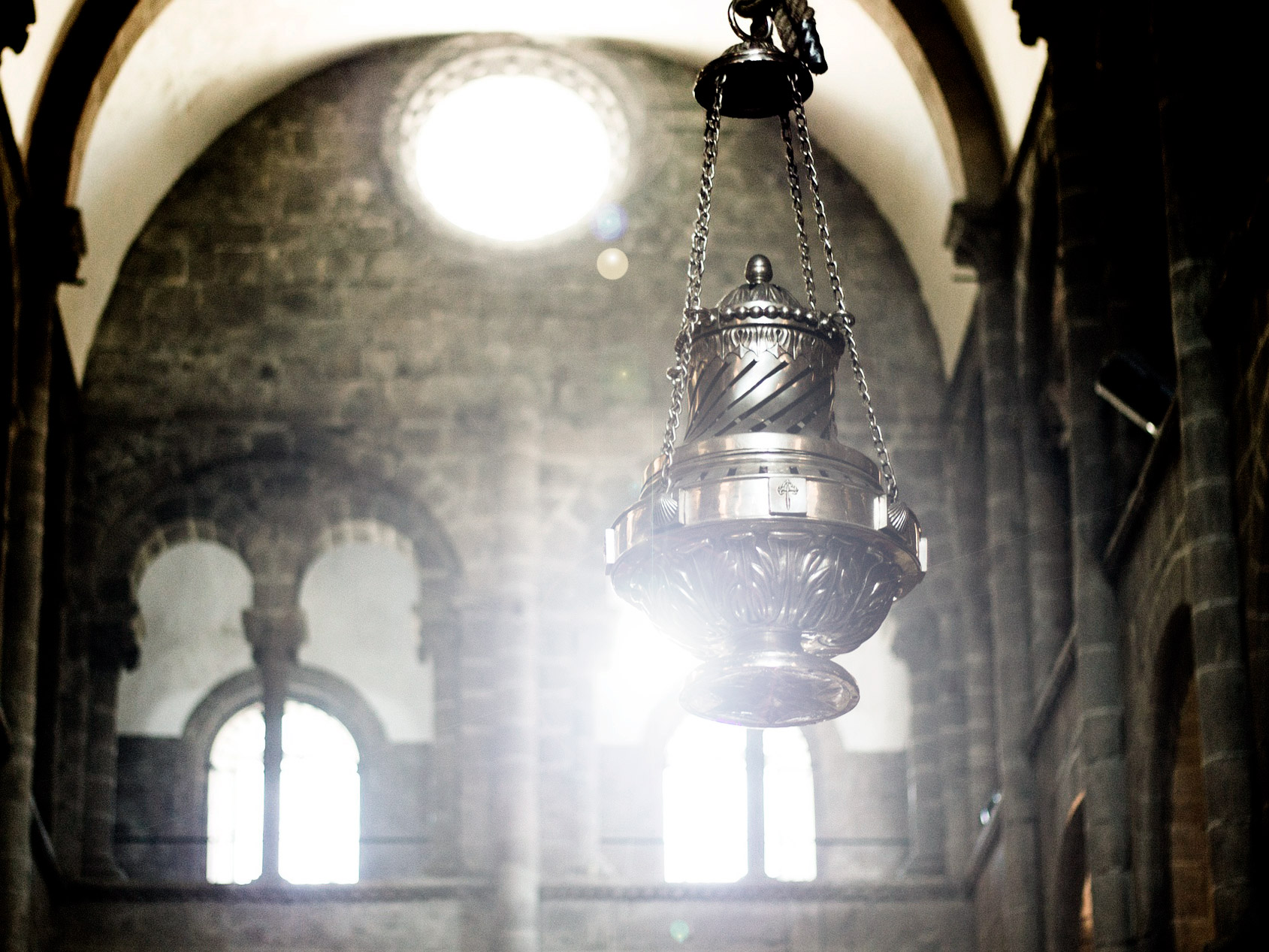 If there is a characteristic symbol of the Camino de Santiago, besides the scallop shells and the yellow arrows that lead pilgrims to the Cathedral, that is the botafumeiro.

This censer is one of the main attractions in the Cathedral of Santiago, but do you know why it has these dimensions and when you can see it in action?

We tell you all about it in this article.

The origin of the botafumeiro

The botafumeiro of the Cathedral of Santiago is a unique censer in the world mainly due to its unique dimensions. Specifically, it is almost 1.6 meters high and weighs 62 kilos at present, after restoration work in 2006 in which a silver bath was applied to the exterior, in addition to reinforcing its bronze structure.

Although the date when the botafumeiro was first used cannot be precisely determined, there is evidence of its existence since the Middle Ages, thanks to the reference that appears in the Codex Calixtinus, where it is called Turibulum Magnum.

It is believed that, in addition to the liturgical use that all censers have, the botafumeiro in this case also served to mask the bad smells of the pilgrims who crowded into the cathedral, after days or even months of walking from different parts of the world. This explains its size.

To give the botafumeiro its momentum, to let it pick up speeds that can reach up to 68 km per hour, and still keep it always under control by setting the pace, several people are needed. They are the popular tiraboleiros: eight men dressed in long mauve capes called roupóns.

The tiraboleiros, in addition to setting the botafumeiro in motion, are in charge of filling it with about 400 grams of incense and charcoal, and then securely fastening it to the pole located in front of the main altar, under the dome.

This is when they begin to pull the eight strands of the rope that holds it to reach the desired speed and angle of oscillation. The botafumeiro performs this journey about 17 times and thus remains forever in the memory of all who can witness it.

Incidences with the botafumeiro

Due to the enormous dimensions and weight of the botafumeiro, in addition to the speeds it can reach when in operation, it is not surprising that on some occasions detachments occurred.

In fact, three incidents of this type are known, more specifically in 1499, 1622 and 1937. The first time this happened, the botafumeiro became detached and came out through the Puerta de Platerías. Witness to this was Catherine of Aragon herself, who was visiting the city of Santiago de Compostela.

Fortunately, on none of these occasions were there any casualties, although in the most recent incident there was an injured person with a broken nose and ribs for having come too close to admire the trajectory of the botafumeiro.

Currently, the rope that holds the botafumeiro is made of a special synthetic material that is very resistant and has a length of 65 meters and a diameter of 5 centimeters, which offers much more security than previous fixings of esparto grass or hemp.

When can the botafumeiro be seen in action?

Contrary to what one might think, the botafumeiro is not used on every occasion. In fact, it can only be witnessed in the event of an important event attended by certain authorities, or on the following special dates:

Finally, the botafumeiro can also be requested for any pilgrim mass during the Holy Year. In this case it is necessary to make a previous payment and make the reservation at the Pilgrim’s Office or by email at botafumeiro@catedraldesantiago.es.