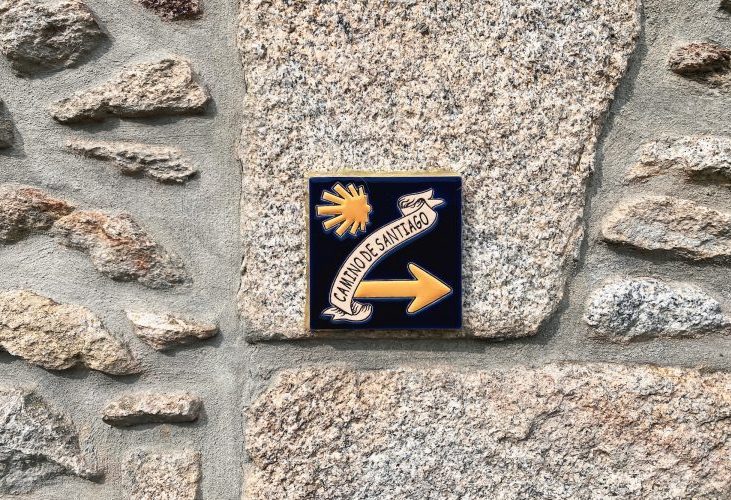 The Camino de Santiago is full of symbols easy to identify by its pilgrims, but also by many of those who have not dared to have this experience (yet).

Signage items, emblems, historical objects … This is our list of the most important symbols of the Camino so that you can know them all before starting your route to Santiago de Compostela.

What are the 5 main symbols of the Camino de Santiago?

Knowing the main symbols of the Camino de Santiago is important, not only so as not to get disoriented during our route, but to know a little more about the origin and history of the Camino since its inception.

That is why we are going to talk to you about the following 5 as the most important and those that every pilgrim should know. 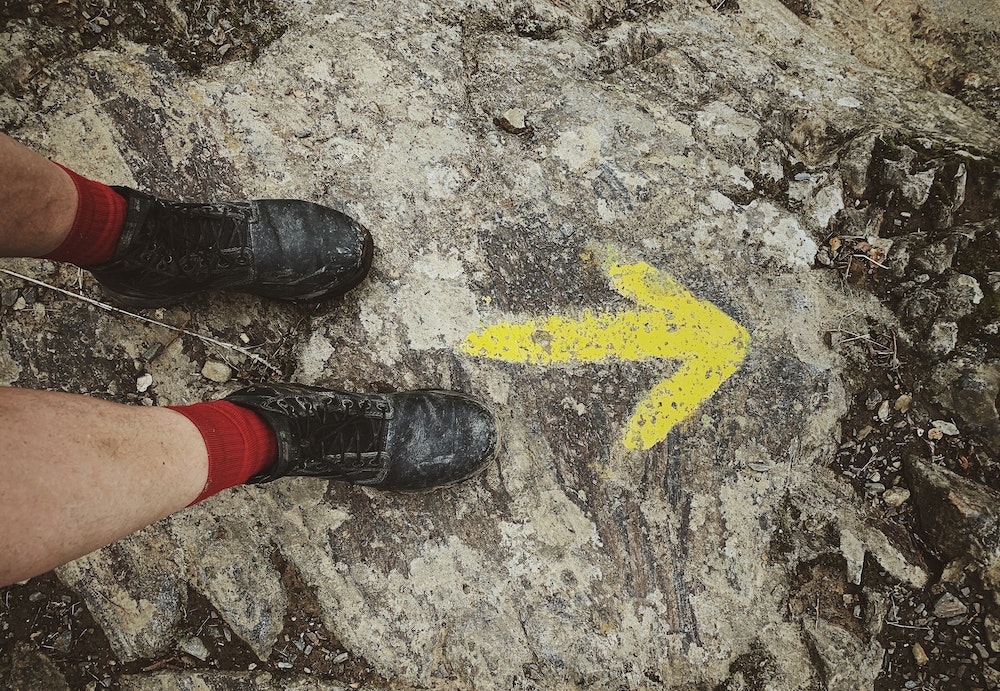 The yellow arrows are the most frequent signaling element on the different routes to Santiago. You will find them painted on walls, on the roads, on the many milestones along the way…

And why yellow? Everything indicates that, besides being a striking color, easy to see between trails and mountains, the reason for this choice was actually somewhat the result of chance: the priest of the town of O Cebreiro, Elías Valiño, used paint left over from works on the road to signal the entire Camino de Santiago from France. Thanks to this, the pilgrims were able to follow the route to the Cathedral without getting lost.

Due to the success of this initiative, since 1987 the yellow arrow became the official signaling element of the Camino de Santiago, extending to the rest of the Jacobean routes. 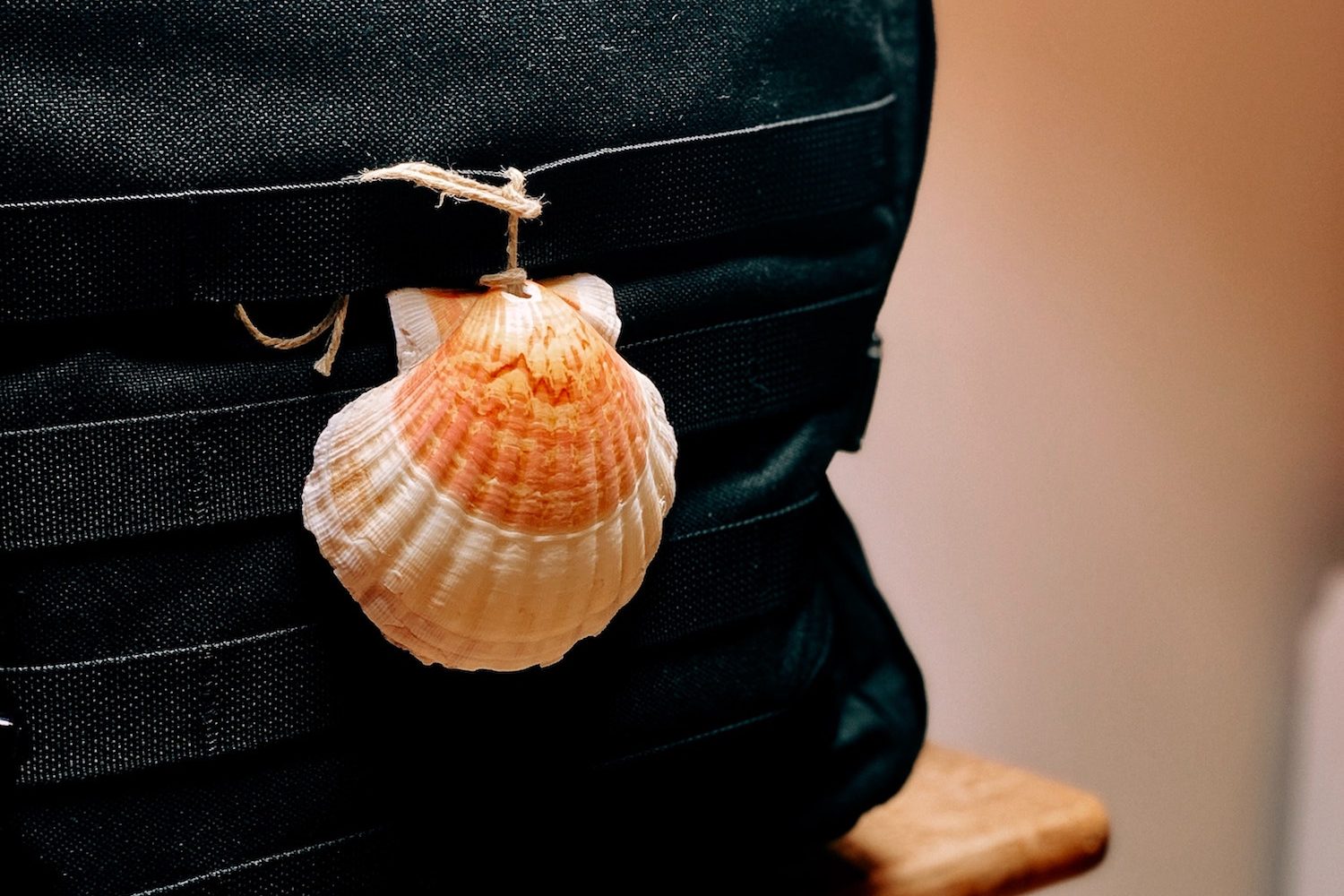 Before the signaling with yellow arrows, the scallop shell had already become the symbol of the Camino de Santiago. It is also considered an official signaling element, and you can find it in the same way as the yellow arrows, indicating the route to follow at all times.

The origin of the scallop shell as an element of the Camino seems to go back to the Calixtino Codex. According to this codex, the clergy used to give one of these shells to the pilgrims upon their arrival in Santiago de Compostela.

The fact is that you will find it represented along the Camino de Santiago in all kinds of objects: marking the path on milestones, on facades, as a pendant to carry in your backpack… Even for those pilgrims who dare to get tattoos of the Way on their skin, the scallop is usually the symbol with which they choose to mark themselves forever. 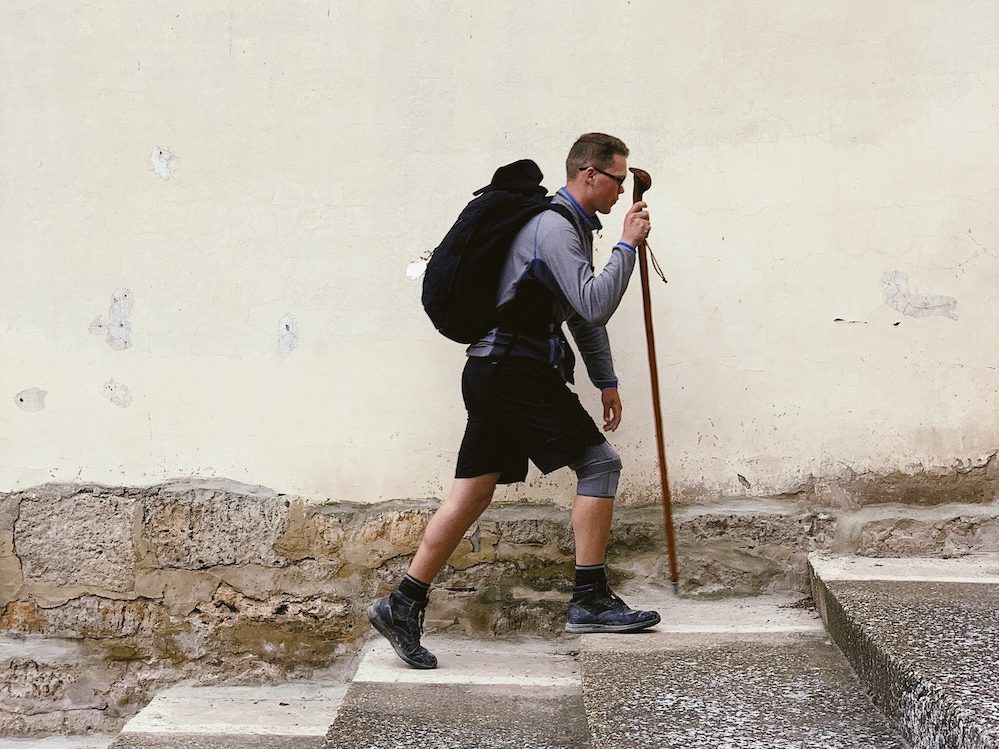 For obvious reasons, the staff is a traditional symbol of the Camino de Santiago since it served as support to the pilgrims throughout their walks. Made of wood, it was typical for each pilgrim to carve his own using branches found on the Camino. Thus, in addition to leaning on it, they could hang a gourd with water and their scallop on it, or use it to defend themselves against wild animals in some sections.

Although today walkers use much lighter sports poles that are specially designed for these hiking and trekking routes, the traditional staff is still one of the memories that every pilgrim wants to take with them at the end of their experience. That is why they are an object that is never lacking in Compostela souvenir shops.

The red cross of Santiago 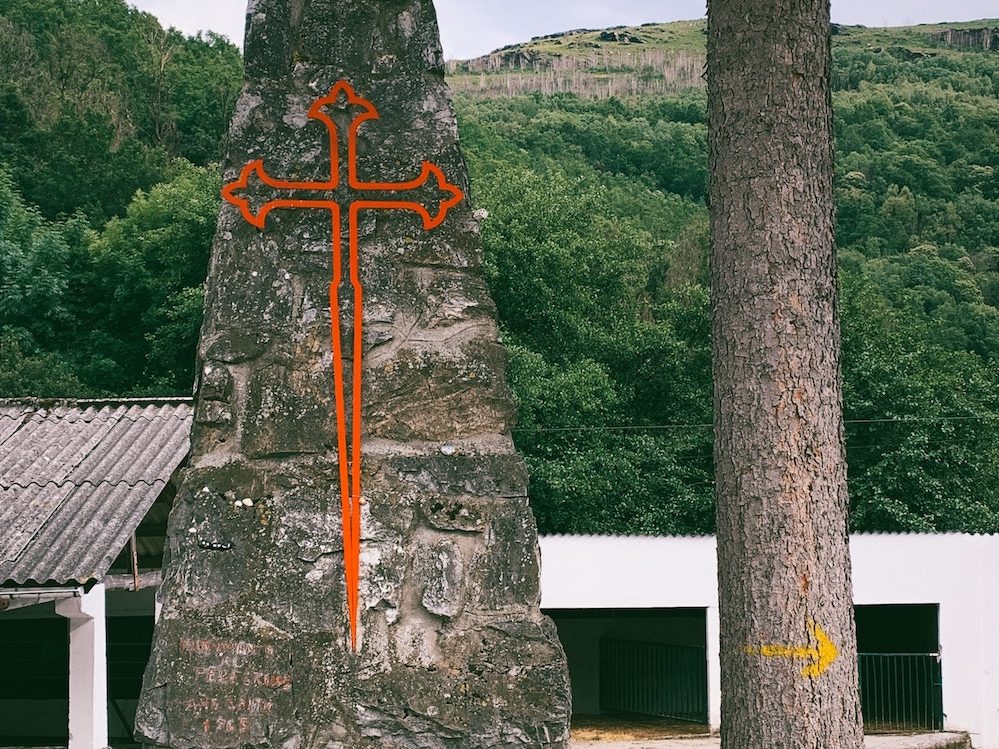 The cross of Santiago could not be missing in our list of symbols of the Camino, since it is one of the most characteristic and easily recognizable.

The origin of this Latin cross with fleur-de-lis arms dates back to the times of the Crusades. Its red color symbolizes the blood shed in defense of the faith of Christ, both by the Apostle Santiago and the Christian troops. For this reason it is also shaped like a sword.

In addition to appearing on shields throughout Galicia, as well as represented on scallops and other objects on the Camino de Santiago (even in the typical Santiago almond cake), the Santiago’s red cross is the emblem of the Order of Santiago, a military organization that would protect the pilgrims during the Camino, but also expel the Muslims from the Iberian Peninsula. 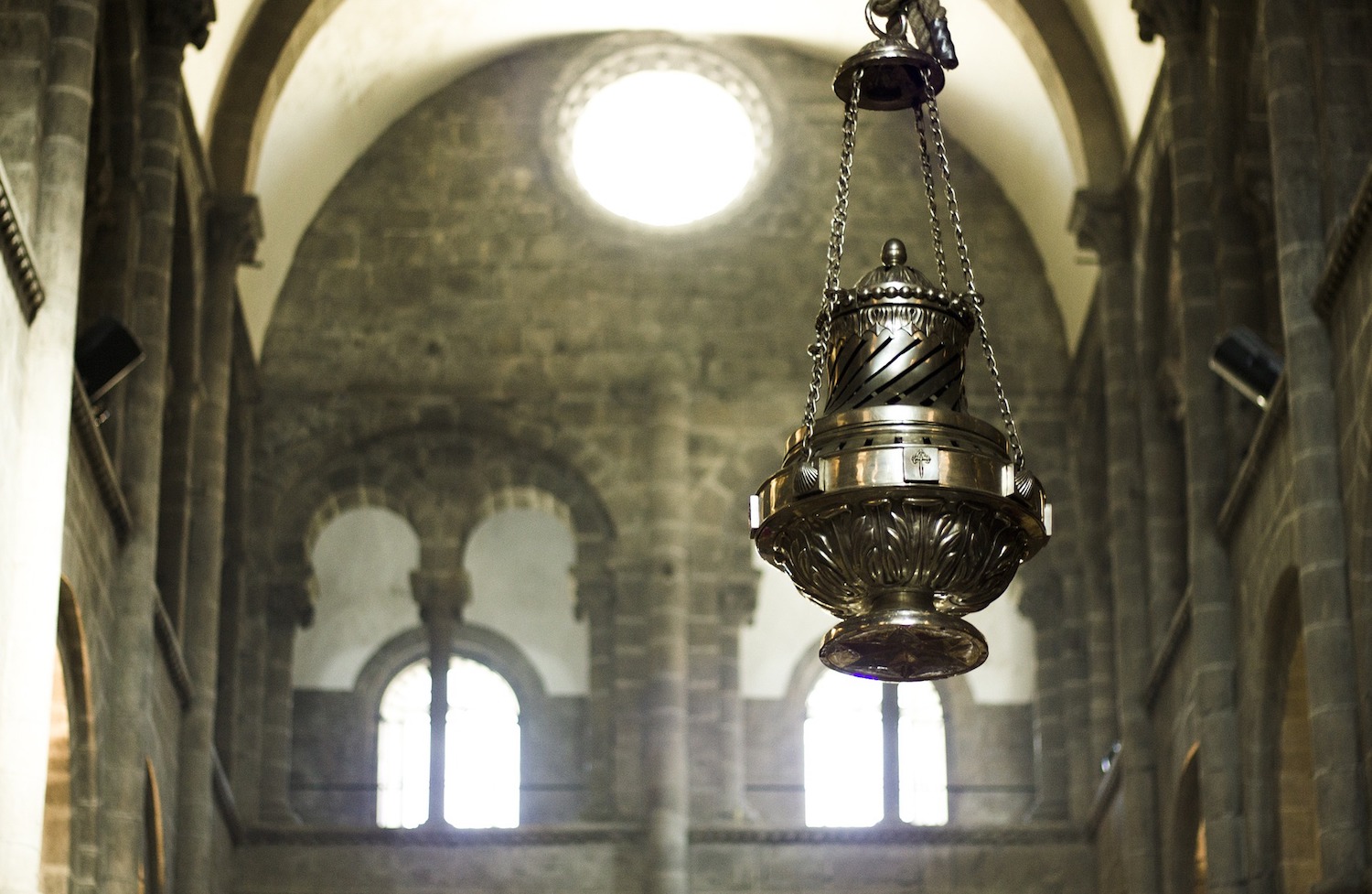 The mythical botafumeiro of the Cathedral of Santiago continues to be one of its main attractions: an experience that is always advisable to live on our arrival in the Galician capital.

Up to eight people are needed to move this huge silver-plated censer that weighs more than 60 kilos: they are the well-known tiraboleiros. These tiraboleiros swing him along the corridor of the cathedral, during which the botafumeiro can reach 68 kilometers per hour.

Although the use of this censer at present is liturgical, everything indicates that it was originally used to hide the bad smells of the pilgrims who arrived at the Cathedral after long walks for several days.

Today it can only be seen in action on certain dates of the year, including of course every July 25th, when the feast of Santiago Apóstol is celebrated.

One way to get to know the basics to the Camino de Santiago more thoroughly is by organizing your experience with a specialized agency that can answer all your questions and give you the information you need.

If you want to make your tour hand in hand with an expert guide who will accompany you at all times so you don’t have to worry about anything, contact us so we can help you.